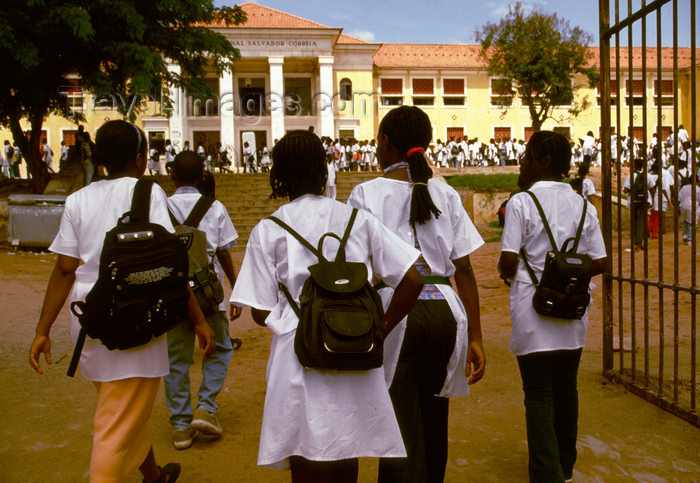 Public schools in Angola don't usually have the best level and accommodations that a parent expect for his child, but when money is not a problem, there are some really good private schools, most of them in Luanda.
All expat schools in Luanda are supported by the companies and embassies that founded them. Tuition is extremely high (up to 40,000 USD per annum) and is usually paid by the employing company. Expats moving to Angola with kids of school age must absolutely make sure that an allowance for education is included in their contract.
Angolan law requires international schools to ensure that both expats and local students (usually children of high government officials) are allowed to apply. Security is very tight at all schools, so safety need not be a concern.
Some schools give preference to children of employees of their sponsoring companies and expats should contact their company representatives to enquire about what schools are sponsored or recommended by their companies.
As a result of the limited number of schools for expat children, and further limits on the number of students per class, all schools have waiting lists, sometimes as long as two years. Expats should not accept an assignment to Luanda without first obtaining assurance of a space for their child in the school of their choice.
Here you have the list of the best schools in this african country:
- English School Community of Luanda Angola (ESCOLA)www.escolaangola.orgGender: Co-educationalCurriculum: European and Southern AfricanAges: 3 to 13Embassy and NGO families have priority.
- Ecole/Lycee Francais de Luanda (French school)www.lfluanda.netGender: Co-educationalCurriculum: FrenchAges: 3 to 18French company families (Total, Technip, etc.) have priority.- Escola Portuguesa de Luanda (Portuguese school)Gender: Co-educationalCurriculum: European and Southern AfricanAges: 3 to 18Mostly Brazilian and Portuguese families.
- Luanda International School (LIS)
www.lisluanda.comGender: Co-educationalCurriculum: International BaccalaureateAges: 3 to 18Founding companies (Exxon/Esso, BP, Chevron, Schlumberger, Halliburton) and embassy families have priority.
Visit our sites: